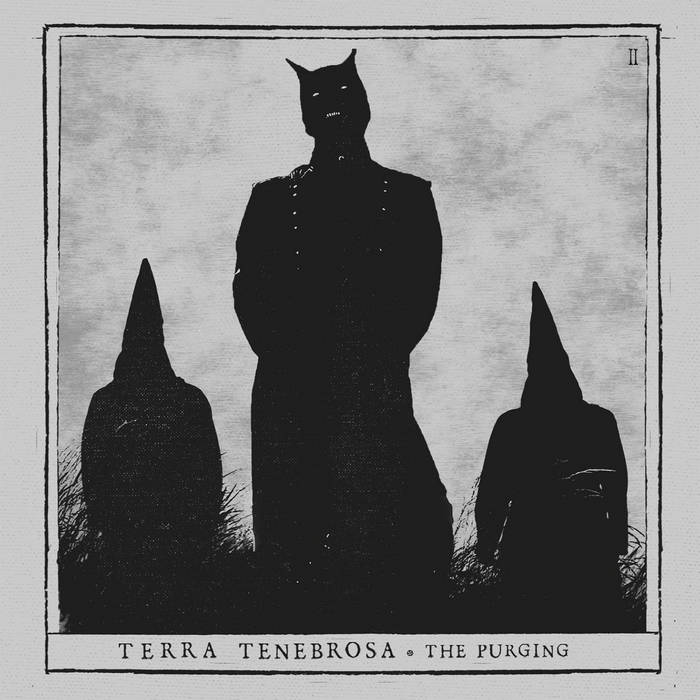 beeblebrox42 Been going through a rough time lately and this album is the perfect soundtrack for it. Favorite track: Black Pearl In A Crystalline Shell.

In 2013, two years after nightmarish first album "The Tunnels", TERRA TENEBROSA went a step further as they released a second assault against orthodox approaches to musical extremity, against any form of goodness or hope, and against your own comfort!

TERRA TENEBROSA are an enigma who use a variety of tools to imprison you in their sad and desolate world: infernal and hypnotic drumming, sinister tremolo riffs of austere intensity and The Cuckoo's inhuman howls and devilish whispers which further-lend this infected masterpiece an aura of distress and misery.

"The Purging" is a madness overdose, a harrowing album that redefines the limits of abyssal Black Metal, poisonous Hardcore, creepy Noise Rock and Avant-Garde insanity.

TERRA TENEBROSA have created an uncompromising sonic tome to the expunging of life, without light, without hope, sans repentance… a chilling soundtrack to the inevitable end!

Bandcamp Daily  your guide to the world of Bandcamp

Featuring Oakland sounds from the Smart Bomb collective and Samplelov.